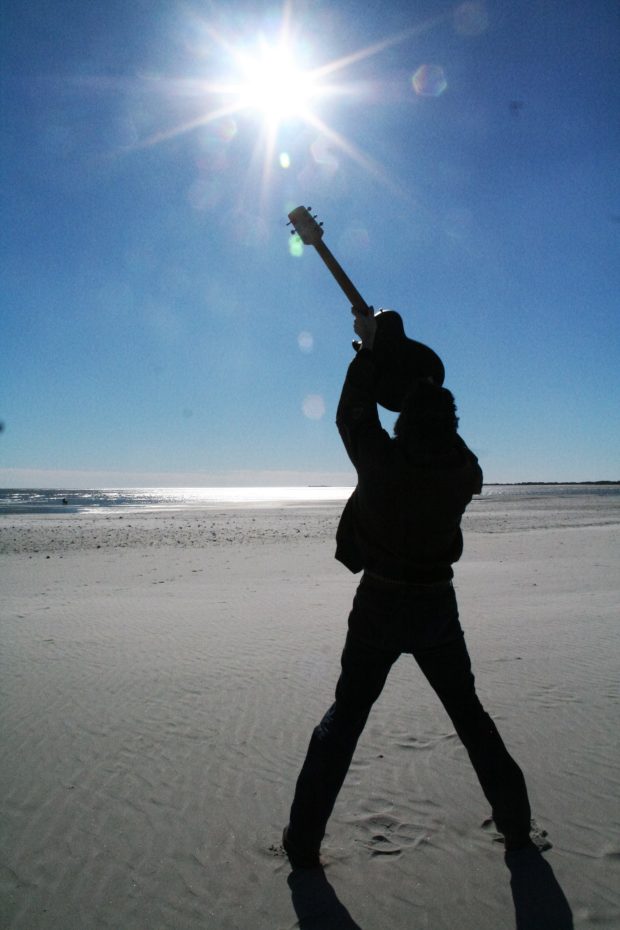 I have had a fascination with guitars most of my life.  I tinkered around with them in junior high and built miniature models of them from balsa wood while at college.  Years later, I started building electric guitars and basses from scratch. I wanted to create guitars I saw in my head but could not buy.  I moved to Kentucky in 1991.  Not long after that, I developed an interest in bourbon and then the barrels it was made in.  I am a woodworker, and recognized that each barrel head had its own unique character and identity.  Then, one winter afternoon in 2012, while I warmed myself with a glass of bourbon after shovelling snow for hours, I gazed at one of my guitars through the rusted amber colored bourbon in my glass.  I realized later, as the concept for building a guitar from a bourbon barrel began to resonate and fully form in my head, that the idea had been in the glass that afternoon.